When you look at the timeline of the events leading up to the FISA warrant request on Carter Page, you see an embarrassed FBI that let down not only the United States but the presumed next president of the United States, Ms. Clinton. When Wikileaks posted the Podesta emails on the 7th of October, the FBI was embarrassed and the Clinton campaign was horrified. One of the major goals of the FBI in 2016 was to prevent Russian interference in the 2016 elections. The DNC hack earlier in the year was a grim reminder of what the Russians were capable of. Despite this warning, the FBI failed on the biggest stage, the Presidential election. A foreigner with ties to Russia claimed responsibility for the Podesta hack but this hack would not have been so important if it wasn’t for the idiots emailing embarrassing stuff to Mr. Podesta. Thanks, Comrade Donna! You are much better at embarrassing America than the Russians. Now the American people had another reason to not trust Ms. Clinton with the presidency.

Another major goal for the FBI was to discreetly monitor the Trump campaign for Russian collusion. As far as I can tell, the FBI spent several months and an untold amount of money trying to entrap Mr. Papadopoulos. Was it more embarrassing that the investigation did not find any Russian collusion or that Mr. Papadolous figured out that the FBI was trying to entrap him? This investigation was so ineffective it reminded me of Inspector Clouseau of Pink Panther fame. Worst of all, Mr. Papadopoulos wrote a book that paints the investigation in unflattering terms. Obviously, the FBI did not learn anything since they moved on to Mr. Page.

Probably the most embarrassing problem for the FBI and the Clinton campaign was that the Clinton Email Server Scandal was going to rear its ugly head again. Around the 29th of September, the New York Police Department notified the FBI that they found several hundred thousand emails from the Clinton email server on Mr. Weiner’s laptop. The FBI sat on the information until early in October when the NYPD notified the FBI that they were going to arrest Mr. Weiner and release the information about the emails to the press. This forced FBI Director Comey to re-open the email server case just two weeks before the election. The Clinton campaign felt the FBI stabbed them in the back.

Considering the preceding events, it should not be surprising that the Department of Justice would ask for a FISA warrant on the 21st of October even though they knew that some of the information was incorrect. The Woods Procedures were created to prevent FISA abuses like this. The investigation of Mr. Papadolous yielded nothing but embarrassment. On the 26th of October, Admiral Rogers was due to appear before the FISA Court to explain why numerous unauthorized searches were committed from November 2015 through April 2016. Were these unauthorized searches used to spy on political opponents? If these searches were part of actual counter-intelligence work I do not think Admiral Rogers would be apologizing to the FISA judges in October. There was no time for the FBI and DOJ to get the facts right for this warrant. This warrant was about damage control before the presumed next President assumed office. Kathleen Kavalec ‘s notes show that the deadline for getting adverse information released about Mr. Trump was political. This also explains why someone at the DOJ/FBI leaked information about the wire-tap on Trump Tower to Louise Mensch. They owed the Clinton campaign some good news and they were not afraid to put their finger on the scale to help out the Clinton campaign.

One of the unanswered questions is who told Mr. Halper to go after Mr. Page, Mr. Papadapolous, and Mr. Flynn? If in 2019 there is not enough evidence to indict anyone for Russian collusion, what evidence actually triggered this “matter”. According to an article by Sara Carter, Mr. Halper “received roughly $1 million in tax-payer funded money to write Defense Department foreign policy reports “. If Mr. Halper was actually being paid for intelligence gathering evidence of Russian collusion in the 2016 election, one would suppose that Mr. Halper would have the evidence that led him to suspect Mr. Page, Mr. Papadapolous, and Mr. Flynn of Russian collusion. After all, he was being asked to spy on American citizens for the American government. The Magna Carta and the United States Bill of Rights is part of our common history. Instead, Mr. Halper and Mr. Mifsud started out with various attempts to entrap Mr. Page, Mr. Papadapolous, and Mr. Flynn. It was as if evidence gathering did not matter. These men were guilty until proven innocent. That was a strange tactic if this “matter” was actually a counter-intelligence investigation sanctioned by the CIA or the FBI. The United States frowns on the CIA or the FBI spying on American citizens without due cause. It is the Fourth Amendment to Constitution. Hey Mr. Clapper, does contracting the spying of an American citizen to a foreigner somehow make this legal?

I guess that Carter Page’s identity as an undercover FBI employee is the classified information that the Democrats are trying to hide from the #FisaMemo. Too bad that the NY Times revealed his secret identity in April of 2017.

At about the same time the FISA warrant was authorized to surveil Carter Page, someone in the FBI or DOJ leaked information about a FISA warrant in connection with the investigation of Russian bank activity between the server in Trump Tower. Since the FBI reopened the investigation into Hillary Clinton’s emails just 11 days before the 2016 election, this leak looks like an “insurance policy” to protect the FBI’s reputation by making sure that Mr. Trump did not win the election. 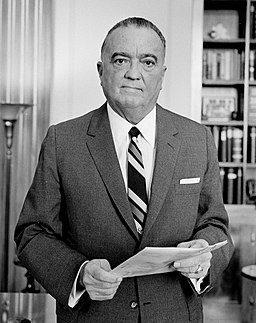 The #FISA Collusion scandal reminds me of the tactics of J. Edgar Hoover. Wikipedia describes him this way.

He was found to have exceeded the jurisdiction of the FBI,[1] and to have used the FBI to harass political dissenters and activists, to amass secret files on political leaders,[2] and to collect evidence using illegal methods.[3] Hoover consequently amassed a great deal of power and was in a position to intimidate and threaten sitting presidents.[4]

Wow, doesn’t that sound familiar! Sara Carter says a classified report alleges extensive ‘FISA Abuse’ related to the controversial dossier. We already know from the Top Secret FISA Court Order that someone in the FBI allowed a private contractor run unsupervised “FISA-702 Queries”.  These are tactics J. Edgar Hoover would approve of. Maybe we can save FISA by firing some people. A good first step is to #ReleaseTheMemo.

As a person who has been selected for three juries, I am puzzled at the staffing decisions by Mr. Mueller. As a juror, I do not want my time wasted by a prosecution’s case tainted with apparent bias. Bias is a pretty good reason for a juror to say no to the “beyond a reasonable doubt question”. If Mr. Mueller is pursuing the same blind justice that does give a whit about politics, Mr. Mueller’s staff must be beyond reproach. This is not rocket science.

Why did Mr. McCabe, Ms. Rhee, Mr. Ohr, Ms. Page, and Mr. Strzok not recuse themselves from this case?

Although Glenn Kessler makes a good argument that Mr. Mueller “is legally barred from discriminating career appointees based on political affiliation”, there is nothing prohibiting the aforementioned people from recusing themselves because of apparent bias. This would have been the right thing for them to do. Since Mr. Mueller replaced them without much effort we have to assume that qualified lawyers exist without the political baggage. Why not start off with them? Are there any adults at the Department of Justice? Is this the same culture of corruption problem we have seen at the Department of Justice for the last eight years?

If the Department of Justice cannot police themselves should we allow Section 702 of the Patriot Act to be renewed without substantial reform?

In the past, I was willing to believe the Department of Justice would do the right thing and not abuse the special privileges granted in the Patriot Act. My position on the Patriot Act has evolved. Last year I wondered whether the Fusion GPS Dossier Weaponize The FBI? I now believe that the primary motive for FISA warrant in October of 2016 was to discredit the Trump Campaign. The FISA warrant was not about catching spies or terrorists.  It was about using the power of the government to punish a political opponent. If the folks at the Department of Justice cannot play nicely with these powers, we need some adults in the room to keep the kids out of trouble. Now is a good time to listen to Amash, Paul, and Others Trying to Stop Congress from Expanding Domestic Surveillance Powers.

I am still trying to get my head around the possible impact of the dossier in getting FISA warrants. It looks like dossier weaponized the FBI for political purposes. Almost immediately after a FISA warrant was attained to wiretap the Trump Tower in October of 2016, it was disclosed to Louise Mensch.  The FBI had a history of integrity but the timing of this leak was so out of character. Now their integrity looks in peril. As I argued in the post, The #Obamagate Motive, it looks the primary objective of the FISA warrant was to discredit the Trump Campaign. In hindsight, it made the FISA court judges like a bunch of fools. This is not going to end well for the FBI!

Can Anyone Make The FBI Look Professional Again?

If the dossier played any role in the FISA warrants, I am not sure all the kings men can put Humpty Dumpty back together again. Director Comey and the FBI shredded the integrity of the FBI and for what? How does anyone including the FISA judges trust the FBI again? The fact that the dossier was funded by the Democratic party shows how far the FBI reputation has fallen. The FBI should have known who funded the dossier. Investigating is something the FBI is supposed to be good at. I would think that the last thing the FBI wanted on their resume was that they acquired any FISA warrant based on Democratic Party funded opposition research. If the dossier is all the FBI had, It makes the case that President Trump did the right thing in firing Director Comey.  The fact that the dossier was circulated in the government is an embarrassment to the FBI and a source of amusement for the Kremlin. I am sorry but I am not sure anyone can make the FBI look professional again.