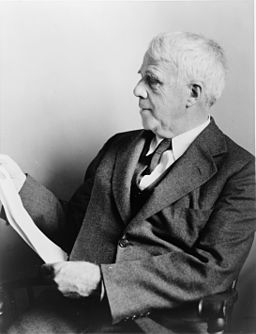 My father graduated from West Point. When I told him I wanted to go to Purdue and join the Navy ROTC with some high school buddies of mine, he got mad. He said that if you are planning on a military career you need to go to West Point. He was right. The combination of my grades, athletics, and a service nomination made me a natural candidate to one of America’s elite colleges.  That is not saying they would accept me but when I graduated from high school in 1972 they were less picky. The Vietnam War was winding down and America’s affection with the military had been trending downward for a long time. Enrollment at senior military colleges was at historical lows.  Although the Vietnam War was still a major issue for eighteen year-olds, my problem was that I did not see myself as a military man. Unlike my father who went to West Point at the end of World War II, I had the luxury of taking a different path. So I am not surprised that an even better West Point candidate than me, Dr. Carson, would refer to his appointment to  West Point with such certainty and in the next breath decide on a different path. We will never know how good a military man he could have been but I think he turned out pretty well. Robert Frost said it best.

Two roads diverged in a yellow wood,
And sorry I could not travel both
And be one traveler, long I stood
And looked down one as far as I could
To where it bent in the undergrowth;Then took the other, as just as fair,
And having perhaps the better claim,
Because it was grassy and wanted wear;
Though as for that the passing there
Had worn them really about the same,

And both that morning equally lay
In leaves no step had trodden black.
Oh, I kept the first for another day!
Yet knowing how way leads on to way,
I doubted if I should ever come back.

I shall be telling this with a sigh
Somewhere ages and ages hence:
Two roads diverged in a wood, and I—
I took the one less traveled by,
And that has made all the difference.